Rick and Morty receive a distress signal. Rick wants to ignore it but Morty persuades him to help those people. They board the ship that sent the signal. The ship is deserted and there are only some eggs. Morty wants to leave but Rick is attacked by Facehugger. Fortunately, the Facehugger is killed by drugs and alcohol in Rick's body. Morty says that Rick is lucky to drink alcohol and do drugs.

View a full transcript of this episode here. 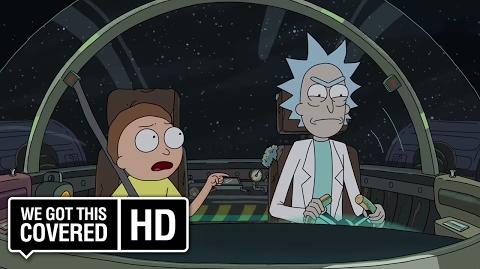