This article is about the TV show. You may be looking for the titular character.

Gazorpazorpfield is an interdimensional television series based on the popular animated/comic series Garfield. It is a popular TV show in Gazorpazorp, about a cat that hates Mumunmununsdays, likes enchiladas and mistreats his owner, Jon.

Rick and Morty watch the show together in the episode, "Rixty Minutes." In the episode, it is Mumunmununsday and Gazorpazorpfield wants enchiladas, before going on an insult-based rant at Jon.

In the comic "Rick and Morty Issue 28", Gazorpazorpfield reveals that his mom died on Mumunmununsday, sparking his deep hatred for the day. 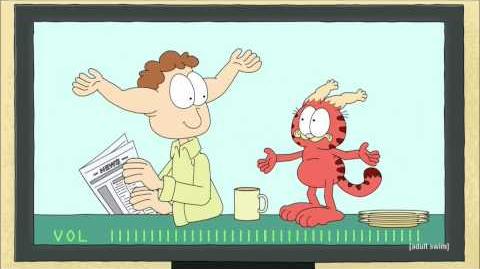 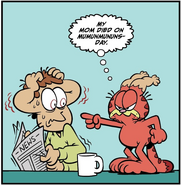