Interdimensional Cable 2: Tempting Fate
A Plumbus is an all-purpose home device. Everyone in the Rick and Morty universe knows what it does, so nobody ever explains how it works. It was first shown in the episode, "Interdimensional Cable 2: Tempting Fate" where it was seen twice on the Interdimensional TV. First, when Stealy stole one from a workplace and again in an episode of "How They Do It" that shows the viewers how plumbuses are made. It is described as a common household and office item that is also used as an accent piece to a room. According to Stealy, Plumbuses are worth six-and-a-half Brapples.

Working in a factory is very dangerous for a Morty. Repurposed Fleeb Juice, combined with tight spaces, can cause a Morty/Alien hybrid such as Plumbonia Morty. Morty/Plumbus protein strands can cause mutations to occur in Mortys such as Plumbus Prawn Morty.

In Rick and Morty: Virtual Rick-ality, Rick has a Plumbus in the garage. The Plumbus can be combined with other items to create different colors of Plumbus.

One of the aliens that work at the plumbus factory are Blamphs, and another is a Shlaammi.

Originally plumbus was conceived by the show's creators as a device alien and ridiculous with no clue on what it actually does, apart from that every home has it. However, as the show marched on, a few clues appeared to its purpose:

It's also noted that plumbus is not technically alive, but it's grown from organic matter, feels the emotions of its owner and senses other plumbuses within a rather large range, which can sometimes impair its performance. It's also sometimes used as a decoration.

“Welcome to the exciting world of Plumbus ownership! A Plumbus will aid many things in life, making life easier. With proper maintenance, handling, storage, and urging, Plumbus will provide you with a lifetime of better living and happiness.”

Physical copies of Rick and Morty: The Complete Second Season on DVD and Blu-ray Collector's Edition include an actual owner's manual, one version in an unknown alien language and a second in English. The manual has eight pages including information such as parts of the Plumbus, usages, and various precautions. Together, with both languages, the packet is 16 pages long. The manual can also be found in the game Rick and Morty: Virtual Rick-ality. 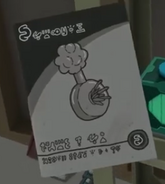 Other Plumbuses can be found in Rick and Morty: Virtual Rick-ality. These Plumbuses differ greatly from other Plumbuses. The Grumbo is a different shape, and the Chumble is located on the bottom of the Grumbo. The Dingle-Bop has been redesigned, and is now a handle, with another one connecting the Grumbo and the Floob. The Grodus has been shortened, and there is a new part on the surface of the Grumbo. There are various lumps located all over the Grumbo. 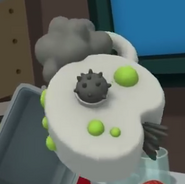 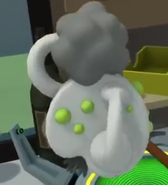 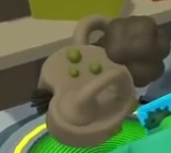 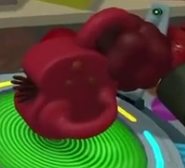 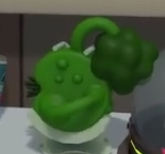