View source
watch 01:04
What is Pocket Mortys?
Do you like this video?
Play Sound

Pocket Mortys is a Rick and Morty game based on the Pokémon video game series. It was slated to be released on January 14, 2016, but was released a day earlier. On July 5, 2017 Pocket Mortys introduced online multiplayer.[1]

The concept of the game was taken from the popular "Pokémon" (Pocket Monsters in Japan) franchise. The object of the game is to collect Mortys, battle others (mainly Ricks), and earn badges.

Considering that the Rick and Morty universe is an infinite multiverse, Justin Roiland decided that Pocket Mortys can be considered canon.[2] However, due to President Morty being added in the game, it means that it's non-canon, due to President Morty breaking through the Central Finite Curve in the Season 5 finale, and in the game, he appears in his spacesuit from the finale.

Badges are awarded for defeating Ricks and are the primary indicator of progress within the game. They are needed to battle the council member Ricks. They basically resemble a gym badge from Pokémon. You can earn as many badges as you want, considering you are not restricted from re-entering the portal after achieving the needed amount of badges to complete the game.

A maximum of five Mortys can follow Rick at any time. Any other Mortys in the player's possession will be stored in Morty Day Care. Here, Mortys that are the same (e.g. two Blue Shirt Mortys) can be combined. This will "evolve" them into a new version (e.g. Red Shirt Morty). The level of the new Morty will be determined by the levels of the two Mortys combined.

Bootcamp was added to Morty Day Care in the 1.6 update. Three boot camps are available:

The Morty Games is an expansion in the game with update 1.4. The Morty Games adds further story to the game through a series of battle events. At the end of each event, one of the prizes is a Morty unavailable anywhere else in the game.

On May 9, 2017 Pocket Mortys official twitter announced they were opening up beta testing for a multiplayer for the first 5,000 people who sign on Android.[3] On July 5, 2017 multiplayer officially rolled out on all devices with version 2.0.[1]

On the multiplayer platform, users create usernames, have a choice of trainer avatars, and start off with choosing three different Mortys, separate from the Campaign. Player levels can be separated by transporting to different worlds for further challenges.

In celebration of season 3, weekly updates will coincide with new episodes, including new avatars for players to collect, although the first of them will be released on July 23.[4]

In multiplayer, Mr Meeseeks will give you daily rewards if you walk over to him and watch an ad. These can be crafting resources or items, in addition to flurbos (currency in multiplayer)

He will also sometimes come after you have finished a battle to give you the option to watch an ad and get flurbos.

Mr Meeseeks will poof into a cloud of blue smoke after the ad is watched, and you will get the rewards.

The Mortys are broken up into three categories: "rock", "paper", and "scissors". Rock has an advantage over scissors, scissors over paper, and paper over rock. Which is based over the zero-sum hand game Rock–paper–scissors. There are only four exceptions who are not categorized in any type: Morty (the one the player starts off with), Morticia, Cronenberg Morty, and Space Suit Morty.

The Morty the player starts off with has a random dimension designation, so theoretically, every player is playing in a different universe.

Besides the main Council of Ricks, other Ricks make up the Gym battles. And until the last "Council" member is beat, the only way to return to the Citadel is to beat the Gym leader. (The only other way to return is for all the Mortys in your party to get knocked out. In which case Birdperson with pick you up to take you to the Healing Center.)

On October 26, 2016 in Pocket Morty's 1.7 update introduced "Rick costumes".[5] Custom avatars that can be exchanged at Salesman Rick as playable avatars. Eventually, the avatars were further extended to other characters besides Rick.

While at the Citadel of Ricks, certain NPCs will appear with question marks over their heads. If you talk to them, they will make a vague request for a craftable item. The player then has to determine what item the NPC wants, craft it, and give it to them. Quests carry over between visits to alternate dimensions, and most quests only become available after the player has received a certain number of trophies. 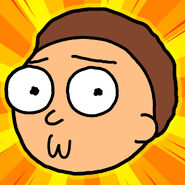 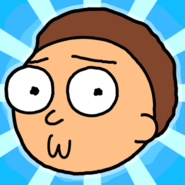 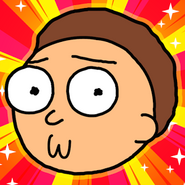 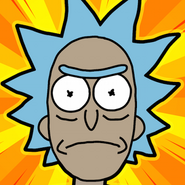 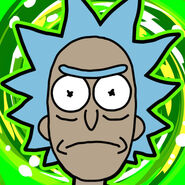 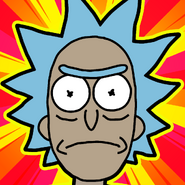 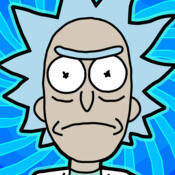 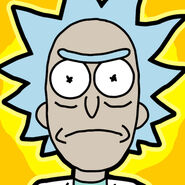 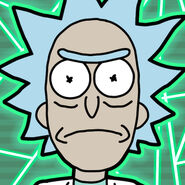 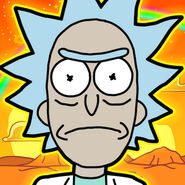 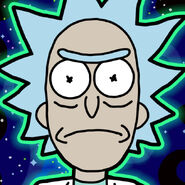 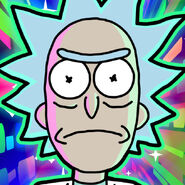 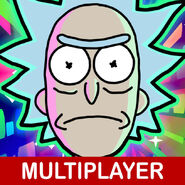 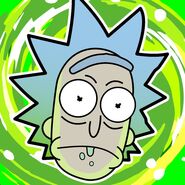 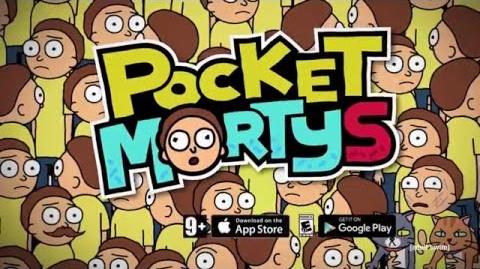 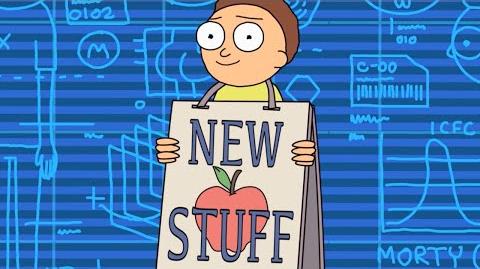 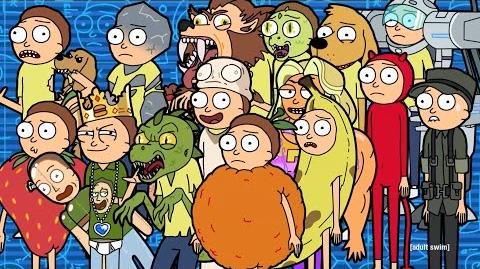