When Jerry is master of the world, how is Rick to survive? By building a GIANT FRICKIN' ROBOT, THAT'S HOW! The Smith family takes on Doofus Jerry in a battle to end all battles. Come for the sweet punching action, stay for the existential ennui.

Having totally taken over the Citadel, Doofus Jerry prepares for the final phase of his conquest, ordering a search for the original Rick and Beth.

In the Replacement dimension, Rick, protected by the stimulated pain of a trio of Mortys, completes work on a giant robot. As all universe threatening problems can be defeated through the usage of a giant robot.

Back in Dimension J19ζ7, Doofus Rick has managed to create portal fluid. After telling Jerry that it's not to be drunk but doused, the two traverse realities until they arrive in Rick's mecha. After Beth blames Jerry for everything, the mecha flies off.

While the Mecha-Rick is initially a sign of hope for the trapped Ricks and Mortys, Doofus Jerry reveals his own, even larger, mecha that beheads Mecha-Rick, its head crashing in the Council chamber.

After Beth rejects Doofus Jerry, he tries to kill them only to be futilely delayed by Jerry, whom he punches in the gut causing Jerry to vomit up the portal fluid. The fluid forms a portal that brings forth a giant worm that devours the would-be tyrant.

After Rick atomizes the worm, he tells the Council that they can lick his balls as a way of repaying their debt.

Working at a retail store, Summer finds herself overwhelmed by having to clean up at night. Taking a Meeseeks Box with her the next day, Summer spawns an army of Mr. Meeseeks to clean up the store. After the job is done, one Meeseeks remains. Realizing that an article of clothing is still unaccounted for, the Meeseeks runs around the store, undoing all the cleaning, before he finds the missing sock stuck on his arm. Folding the sock, the Meeseeks dissipates just as Summer's manager walks in, telling her that they'll be here all night to clean the store. 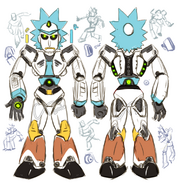 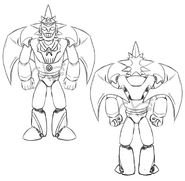 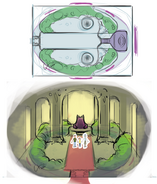 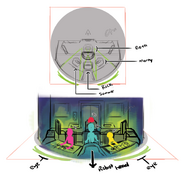 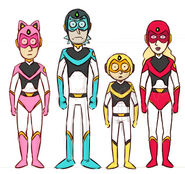