"Pieced together with garbage and capable of interstellar travel, the spaceship is one of Rick's most useful inventions. The ship is stored in the Smith family garage where Rick also keeps his labratory. It is here that Rick conducts his experiments. both benign and horrific." - McFarlane website.

"Trying to capture a massive number of Mortys from all over the multiverse, Evil Morty travels through different dimensions killing off Ricks with the help of his robot consort, Evil Rick.  These two evil masterminds can only be stopped by the Rick-est Rick and the Morty-est Morty." - McFarlane website.

Ants in my Eyes Johnson

"Tired of solving all of their problems, Rick provides the Smith family with a Meeseeks box. When pressed, a “Meeseeks” appears designated with the sole purpose of solving tasks.  After accomplishing their tasks, the Meeseeks disappear and vanish from existence. The tasks must be simple though, as existence is extremely painful for Meeseeks." - McFarlane website.

You Can Run But You Can't Hide

"A “legally-safe knockoff of an 80’s horror character with miniature swords for fingers instead of knives,” Scary Terry infiltrates the dreams of people in attempt to scare, terrify and destroy them with real life consequences." - McFarlane website.

"A Gromflomite assassin who prides himself on his discretion and his joy of killing, Krombopulos Michael often purchases weapons from Rick. Krombopulus Michael’s biggest purchase was that of an anti-matter gun with the capability to kill gaseous targets unable to be destroyed by normal weapons."  - McFarlane website. 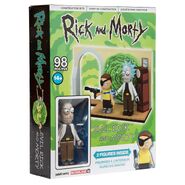 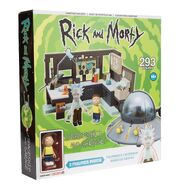 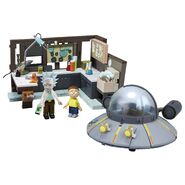 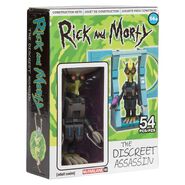 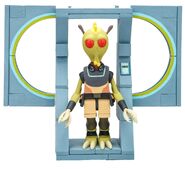 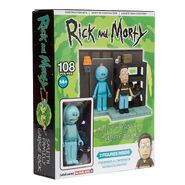 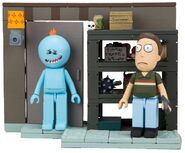 Add a photo to this gallery
Retrieved from "https://rickandmorty.fandom.com/wiki/Rick_and_Morty_Mcfarlane_Construction_Sets?oldid=46798"
Community content is available under CC-BY-SA unless otherwise noted.