Dan Harmon has said that the season may possibly have 14 episodes, the number that season 3 was intended to have, before it was shortened to 10 episodes.[1] Ryan Ridley suggested in an interview that late 2019 is the earliest possible release date for the season.[2]

On March 16, 2018, Dan Harmon confirmed that the show has not yet been renewed for a fourth season and the future of the series is up in the air.[3]

On May 10, 2018, Dan Harmon confirmed that Rick and Morty was renewed for a total of 70 more episodes, meaning there will be a fourth season, and most likely many more afterwards.[4]

On July 19, 2019, at San Diego Comic-Con, Roiland revealed that the team had already begun work on season five. Roiland and Harmon also revealed that there might be a time-travel storyline, as well as the return of Mr. Meeseeks.[6]

On September 21, 2019, Jeff Loveness revealed he wrote 5 episodes (4x1, 4x6, 4x7, 4x8, 5x1) on twitter. [7] Ryan Elder responding to say "Those episodes are all really really good".[8] Erica Hayes, a storyboard artist who worked on many episodes, responded saying "Jeff!! You rock! You will be missed!!!", suggesting that these are the only episodes that Jeff will be writing for.[9]

“My friend, partner, and line producer Mike Mendel passed away. I am devastated. My heart breaks for his family. I don’t know what I’m going to do without you by my side Mike. I’m destroyed.”
—Justin Roiland on Twitter

Characters of the Day

These are the characters present in one episode within the fourth season. 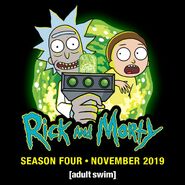 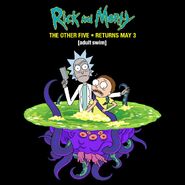 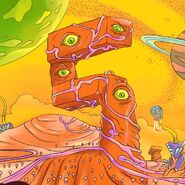 Countdown to the second half of s4 premiere. 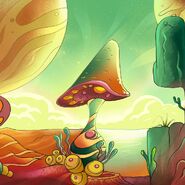 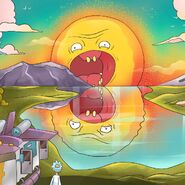 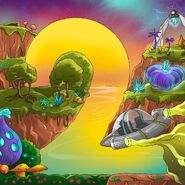 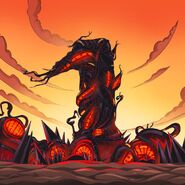 New Rick and Morty phone wallpapers by independent artists from April 20th to the 24th.[21] 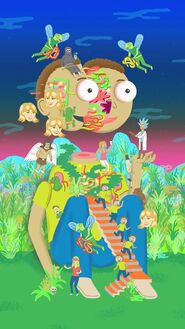 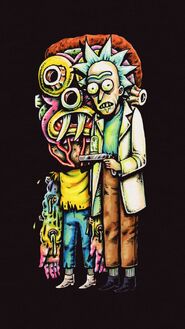 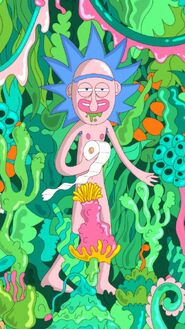 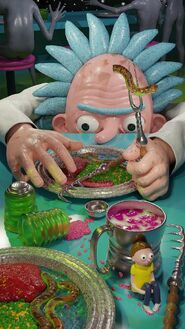 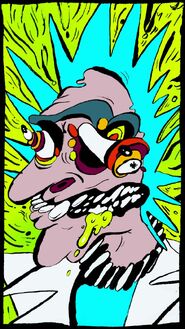 Rick and Morty React to THEIR OWN MEMES - Comic Con 2019

Retrieved from "https://rickandmorty.fandom.com/wiki/Season_4?oldid=70136"
Community content is available under CC-BY-SA unless otherwise noted.